The new Kings forward is ready to take on a new challenge after leading his team to a championship at North Carolina.

“I’m gonna show y’all why this guy is really the GOAT,” said De’Aaron Fox, holding a cell phone that was streaming video to thousands of Sacramento Kings fans on Instagram Live.

Fox and his fellow Kings rookies had just finished being officially introduced during a press conference, followed by a period of availability where the players had a chance to answer questions posed by the local Sacramento media.

“Hey GOAT…GOAT,” Fox prodded with the phone now facing fellow rookie Justin Jackson, attempting to get his longtime friend turned college opponent turned teammate to acknowledge his “Greatest of All Time” nickname that Fox had just bestowed upon him.

Jackson, standing just a few feet away from Fox, finally turned his attention to the newest Kings guard, seeing the camera and then realizing what was going on, he gave a smile and a wave.

That response should come as no surprise for those who are familiar with Jackson, someone who carries himself with a generally low-key demeanor.

But don’t mistake that quietness for passivity.

During his junior season, the former North Carolina Tar Heel led his team to a NCAA National Championship in 2017, just one season after a heartbreaking loss in the Championship game at the hands of Villanova.

Coming into what would eventually be his final season in the Carolina blue, No. 44 was firmly focused on not letting the disappointment of defeat strike again. Jackson removed himself from all social media, attempting to tune out any distractions from the goal that narrowly eluded his team the season before – championship hardware.

Unlike many top-tier recruits playing for a powerhouse program like UNC, Jackson did not follow a cookie-cutter path of private prep schools leading up to his college career. From the age of four and throughout high school, he was homeschooled. Jackson and his three younger siblings had to move frequently due to his father’s position as a commodities trader.

The Jackson family bounced from Texas, to Oklahoma, to Ohio, and back to Texas – a major reason why Justin’s parents believed homeschool to be the optimal route.

“My parents saw it as the best way to maintain the consistency of our educations,” Jackson wrote in his article published by The Player’s Tribune. “Which is why I valued — and still value — the close relationships I have with my friends and family. When you move around a bunch, you need a tight inner circle of people you can rely on.”

As Jackson would further note in his article, there were stereotypes that he wanted to dispell about the homeschool experience. He noted that people would often assume these kids to be things like “weird” or “antisocial” and that they don’t really actually have any work to do school-wise and that they can just sit around all day.

This was anything but true for Justin. His days started probably earlier than most other kids his age. He was up around 6 a.m. on his way to basketball practice, where he played for Homeschool Christian Youth Association.

After his practices, he would find himself in a joint classroom with fellow students being homeschooled, completing assignments and projects with a variety of kids ranging in ages.

“From this, I learned how to work with classmates of all different ages, each of whom had their own set of skills and experiences,” Jackson wrote. “Because of that environment, I got pretty good at doing assignments quickly, in a short amount of time, which has really helped in college.”

Though not a traditional team, Jackson’s homeschool team played well with the smooth forward at the helm of its success. He was named a McDonald’s All-American in 2014 and took home co-MVP honors for the All-American Game along with Jahlil Okafor, who would go on to play for the Philadelphia 76ers after one season at Duke.

Jackson’s strong play made recruiters take notice and he soon found himself in Chapel Hill, joining one of college basketball’s most storied programs under one of the most accomplished head coaches – Roy Williams.

“When Coach Williams visited me and my parents, I talked with him about the things that were important to me: family, relationships and faith. I was always a bit shy when I was growing up. I always had a small circle of friends,” wrote Jackson.

“I think Coach understood all that from the get-go. He wanted to make me feel welcome and accepted for who I was: a humble homeschooler who liked to play a little basketball.”

As a freshman, Justin earned a significant role, playing in 38 contests with averages of 10.7 points, 3.7 rebounds, and 2.3 assists in his 26.7 minutes per game.

While the current trends have many players parlaying a single season of college ball into an NBA career, Jackson decided to stay at UNC.

His decision helped him grow as a player, serving as a crucial contributor to the team’s run during the NCAA Tournament that pitted them against Villanova in the final game. However, a buzzer beater by Kris Jenkins of the Wildcats denied North Carolina its sixth National Championship.

“For us, that game — that loss — was so important … because it wasn’t just any old loss,” Jackson wrote. “If you play a sport, you win games and you lose games. And then you move on. But that loss — losing in that way, in the final game, right after Marcus’s game-tying three — is burned into us.”

Justin Jackson would not be denied again.

As a junior, he led his Tar Heel team in scoring (18.3 points per game) and set a UNC record by knocking down 105 shots from three-point range. Jackson was bestowed with ACC Player of the Year honors and was named a consensus First Team All-American. Those individual accolades simply did not satisfy, however. What Jackson and his teammates were fixated on was hoisting that trophy as the confetti fell.

And that’s exactly how North Carolina’s season ended – with a celebration. The Tar Heels topped Gonzaga to capture another National Title after falling just seconds short of attaining it just one year before.

For Jackson, it served as the cherry on top to his college career as he would go on to declare for the 2017 NBA Draft.

Taken at No. 15 overall later that June, Jackson would be acquired by the Kings in a Draft Day trade that sent Sacramento’s No. 10 overall pick to Portland in exchange for Jackson and the No. 20 pick, Duke forward Harry Giles.

While he may not be the first guy you notice when you walk into a room, Jackson has worked tirelessly to make sure his presence is felt on the court. Now, through his quiet confidence, Jackson is presented with another opportunity to be a leader for Sacramento’s young core of talent – a challenge he has proven that he is up for taking.

After all, he does have that nickname De’Aaron gave him to live up to. 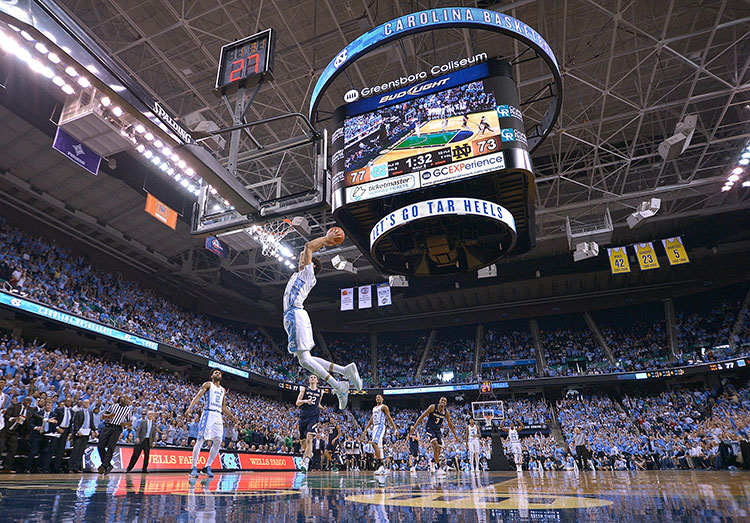 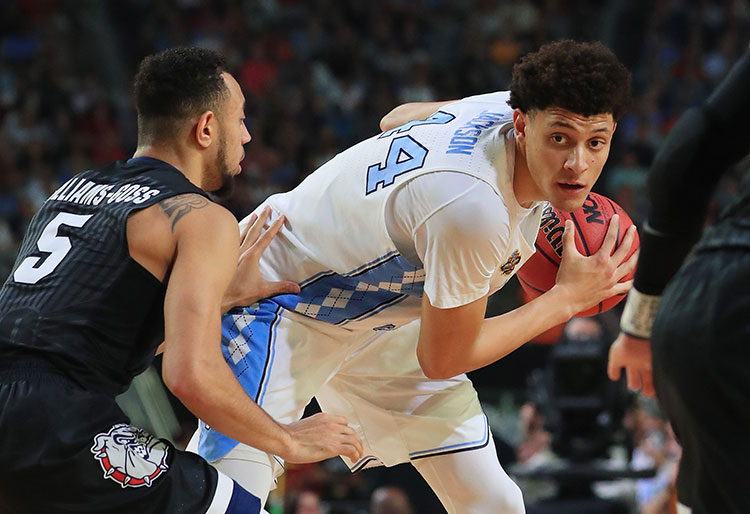 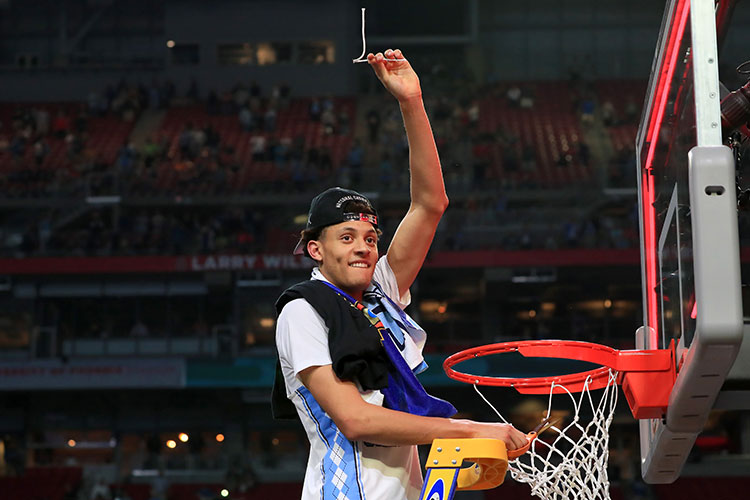